As tax time looms, the ATO has pointed to four key ineligible work-from-home claims it will be watching closely as taxpayers look to make the most of flexible working arrangements. 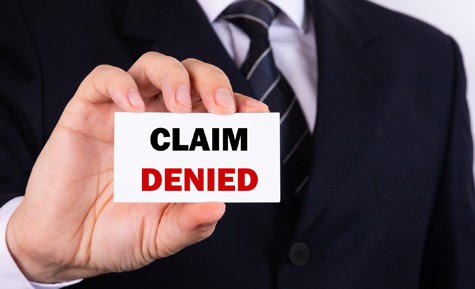 The ATO on Thursday urged all taxpayers to be aware that, while the temporary shortcut method will remain available to those claiming work-from-home deductions this year, personal and occupancy expenses, among others, cannot be claimed through any method.

Personal expenses like coffee, tea and toilet paper — while may be made available by some employers — aren’t directly related to earning income, and cannot be claimed by taxpayers who were forced to adapt from hybrid working arrangements last year.

Other ineligible expenses include those related to a child’s education, like online learning courses or laptops, as well as large upfront costs. Those could include any asset that costs over $300, like a computer, which can’t be claimed immediately and should instead be spread out over a number of years.

The ATO also warned that employees generally aren’t able to claim rent, mortgage interest, property insurance, or other land taxes and rates. The Tax Office said that working from home does not make a taxpayer’s home a place of business for tax purposes.

The ATO warns that claiming occupancy expenses could expose some taxpayers to capital gains tax when they leave their homes.

The temporary shortcut method, which in January was extended to 30 June this year, allows taxpayers to claim a fixed rate of 80 cents an hour for all running expenses incurred as a result of working from home, as opposed to calculating costs for specific expenses.

The method’s introduction did, however, spell the end of a measure which required taxpayers to have a dedicated work-from-home area, factoring in multi-person households, where each working taxpayer would now be able to claim.

“The shortcut method is straightforward; just multiply the hours worked at home by 80 cents,” said Tim Loh, assistant commissioner at the ATO. “The only proof you need is a record of the number of hours you’ve worked from home, such as a timesheet.”

The method covers a range of running expenses including electricity for lighting, cooling, heating and the running of other electronic items; phone and internet costs; and the depreciation of various items spanning computers, laptops, home office furniture, and other household fixtures that see wear as a result of a taxpayer’s working arrangements.

“If you decide to go with an existing method, I would encourage you to do your research and keep good records,” Mr Loh said.

“Keeping track of each individual expense and calculating the work-related use of each one can be fiddly, so be organised. “So, make sure you’ve read the guidance on our website or chat to your registered tax agent.”

The ATO’s reminder follows a separate call from Moore Australia earlier this week for taxpayers to keep a diligent log of the hours they work from home this year as tax time looms.

“To claim home office deductions using the shortcut method, individuals need to keep a record of actual hours worked at home,” said David Tomasi, chairman of Moore Australia. “The shortcut method is not compulsory, and individuals can still claim based on actual expenses incurred.

“However, they would then have to comply with the necessary, and more complex, record-keeping requirements.”

Tax agents and self-lodgers interested in using the method will need to include a note that reads “COVID-hour rate” in their tax returns, Moore Australia warned.

The Tax Office last extended its simplified working-from-home deduction method in January while New South Wales was reckoning with the containment of a COVID-19 outbreak which sent Sydney’s northern beaches into lockdown.

Introduced last April, it was first due to expire at the end of the last financial year, before it was in June extended to September last year, and then until December.